Van Valkenburg & Son Jewellers is one of the Forest area’s oldest businesses. In 1873, George M. Van Valkenburg opened the first recorded jewellery and watch making store in Forest, Ontario. The store was originally located where Woodward’s Service Centre is now; on the south side of King Street. In 1905, the store moved to about where the Travel Agency now is.

George’s eldest son, Glen, bought the business in 1921. Glen was a graduate of a course in “Optics, Sight Testing, and Correction of Visual Defects due to Errors of Refraction Accommodation and Convergence”. According to an old newspaper advertisement, Glen was the only person certified in such a field in all of Bosanquet, Plympton and Warwick townships! There was no charge for eye testing, and glasses ran from twenty-five cents to six dollars. Glen’s brother Charles was also a part of the business. In 1906, the store moved to 4 King St., on the north side of the street, where it still operates today. 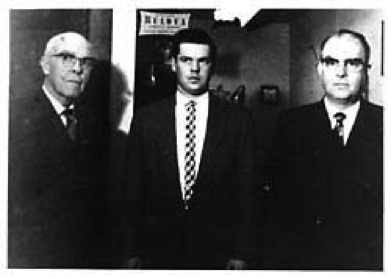 George’s son Craig entered the family business in 1956 as a watchmaker. While George and Craig were running the store in 1962, renovations were made, doubling the size of the store. Van Valkenburg’s bought the store next door in 1970, which again doubled the size of the original store. The last addition was in 1975, which added more room to the back of the store.

Glen Van Valkenburg, Craig’s son, became the manager of the store in 1985 after graduating from the University of Windsor with an Honors Degree in Business Administration. Glen also completed several jewellery manufacturing and repair courses. The store could then boast clock, watch, optical and jewellery repair. In 1995 the store was completely renovated, getting new flooring, display cases and wall units. The store has gotten out of the optometry business as Dr. Mundy became ill and stopped coming to Van Valkenburg’s in 1998.

Van Valkenburg’s Jewellers
through the years ... 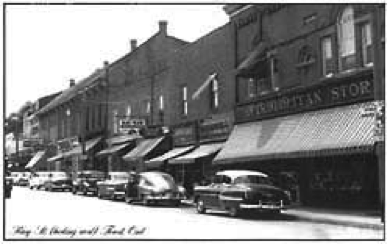 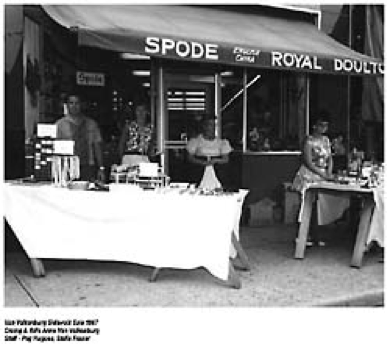 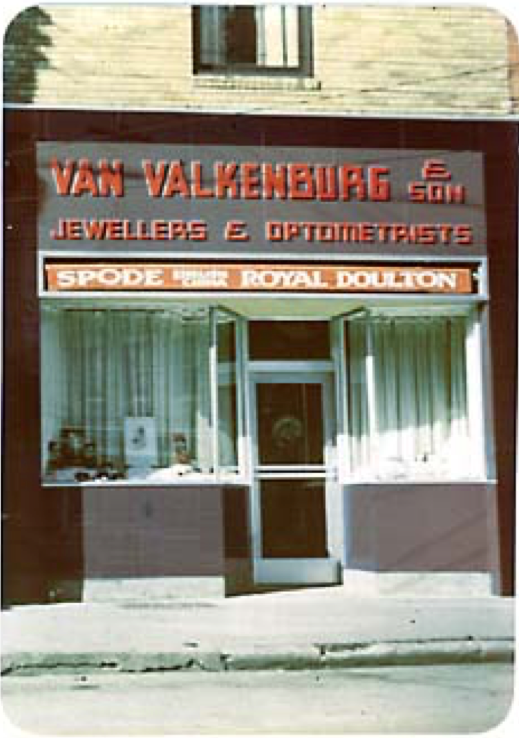 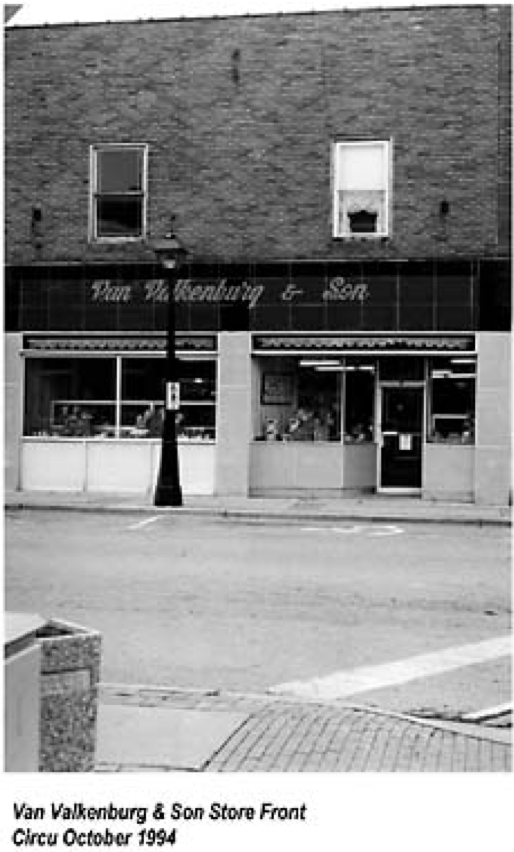 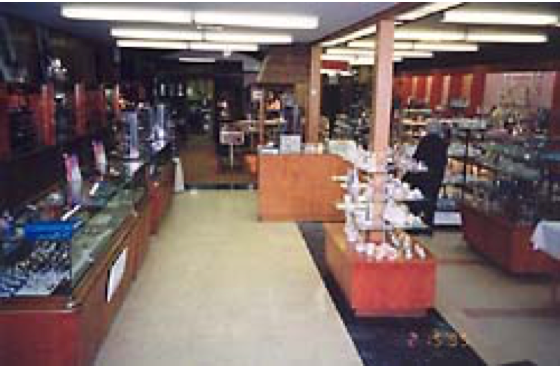 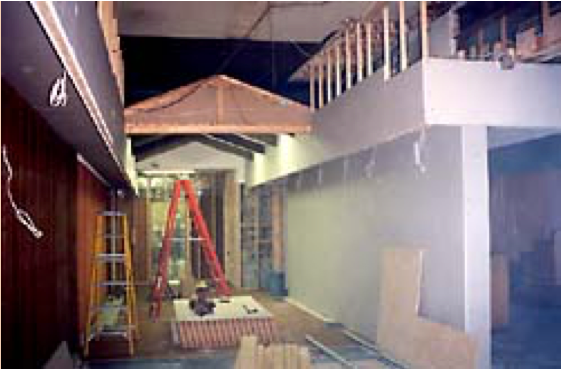 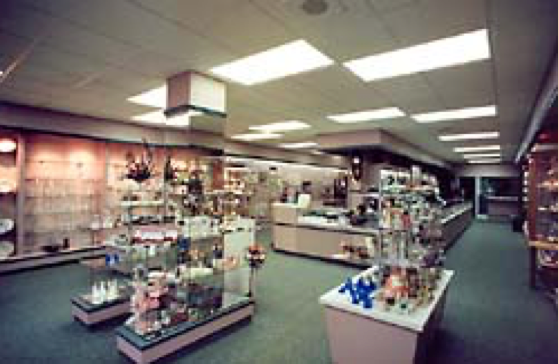 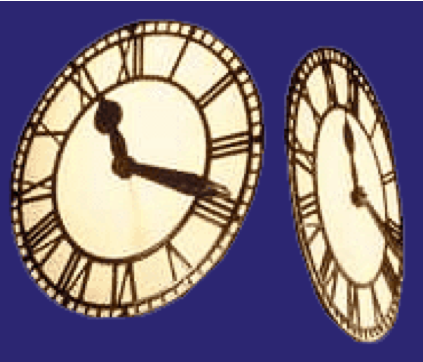 During the early 1900's, a local story featured in a Reader’s Digest column on "Small Town Ontario" focused on Dan Macintyre, who was, for many years in the early 1900's, the janitor for the Town of Forest. Dan had three main responsibilities. 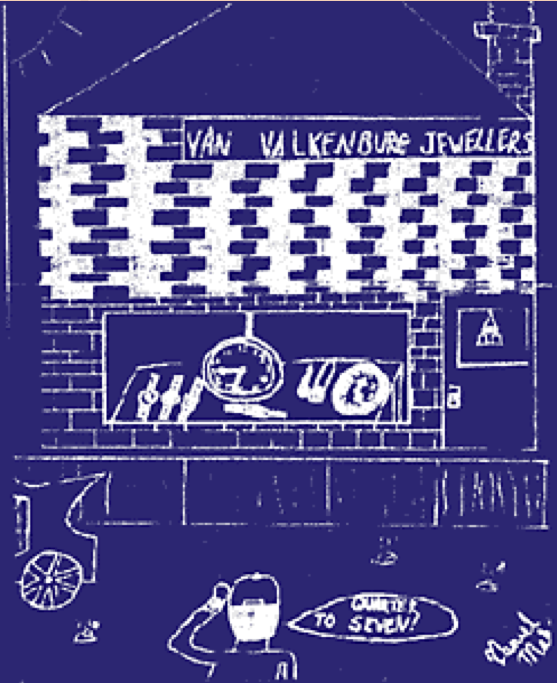 One was to sweep the streets and we must remember that a lot of people still used horses then. The second was to keep the town hall clean. The third was to ring the town bell each morning at 7:00 AM to wake the town; at 8:00 AM to signal the start of work in the basket and canning factories; at 12:00 and 12:30 to signal the beginning and the end
of lunch; and at 5:00 PM to signal the end of the work day.

When Mr. MacIntyre was asked by the writer how he could be sure he had the right time on his inexpensive watch when he rang the bell, he said that he checked and reset the time on his watch at quarter to seven each morning by checking the clock in the window at Van Valkenburg Jewelers, just a block from the Forest Town Hall. When the writer visited the jeweler and asked how they knew that their clock in the window showed the right time, he was told that they checked and if necessary, reset their clock each day at noon when the bell rang. For all we know, Forest might have been operating on their own time zone for many years.

We have jewelry professionals ready to help.